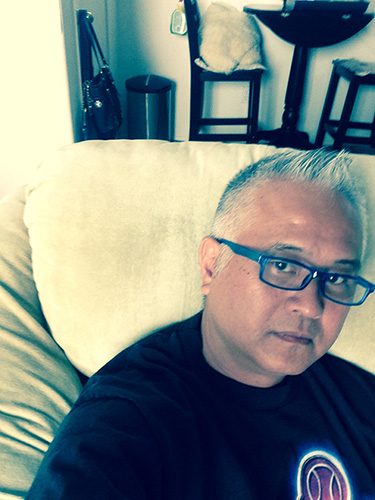 Born and raised in Tokyo, Shinichiro made his debut as an actor with the leading role in Ichiban Daiko for the NHK Renzoku TV Shosetsu (The NHK Continuation Serialized Novel for Television, also known as the NHK Asadora) in 1985. After this successful debut, Shinichiro played lead for many TV shows and movies in 1986.

Years later, Shinichiro moved to New York to study both acting and producing at HB Studio as an exchange student under the overseas training program for upcoming artists of the Agency for Cultural Affairs. After he went back to Japan, he founded Hybrid Productions, LLC., to start his new career as a producer. In 1997, he established Hybrid Arts, Inc. with director Mr. Takanori Higuchi, producing many plays and movies, as well as managing casting.

In 2003, Shinichiro moved to Los Angeles and worked for UTB (United Television Broadcasting Systems, Inc. CH 18.2) in Hollywood as a producer. Two theatrically released independent films, “Toyo’s Camera”(2008) and “442”(2009), are Shinichiro’s main credits. “Seed” is the first movie he produced after retiring from UTB.